If food is one of life’s great pleasures, it’s important not to feel the need to count calories, skip meals or avoid certain foods entirely. Instead, aim to reduce your starch intake. I achieved 6% body fat simply by eating less bread, rice, pasta, potatoes and noodles.

The more you reduce the intake of starch, the quicker you’ll lose fat. If you love starch, it will be difficult to restrict it entirely for long periods of time, so just eat less of it. As long as you’re consuming less overall starch, you’ll become leaner.

Eat regularly, but not necessarily more. If you’re used to eating three large meals, try having six smaller meals instead. This way you’re still eating the same amount, but it’s spread over time so your metabolic rate is kept higher. Eating every 2-3 hours while you’re awake is ideal. Examples of good small meals include a piece of fruit or vegetable, glass of juice, a hard boiled egg, a handful of nuts or a protein shake.

Don’t be concerned about eating late at night. It’s worse to go to bed hungry, as this encourages your body to slow it’s metabolic rate. Have a snack that is minimal in starch.

Don’t eat till you’re full. The temptation is easy if you’re served a large portion. Instead, eat half and save the rest to eat a few hours later. It’s also more enjoyable that way.

It is important to eat once you wake up. Since your body has been fasting for many hours, your metabolic rate would have slowed. Kick start your metabolism for the day by eating a small meal with little or no starch.

You may crave starch in the initial stages if you’re used to having it often. But as you gradually reduce your intake, your cravings will subside.

Reduce your alcohol intake. Wine and spirits are better options than beer. However, restricting your intake completely will get you leaner quicker.

If you’ve indulged in a decadent meal, including dessert and lots of alcohol, don’t feel bad. Enjoy every moment of it and look forward to your next workout.

It’s important to remember that a lean body doesn’t necessarily mean a healthy one. If you feel depleted and lacking in energy, ensure you’re consuming the nutrients that your body requires. 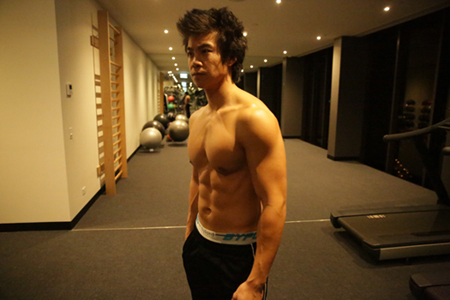